Everything You Know About Via Temperatures is Wrong! with Doug Brooks 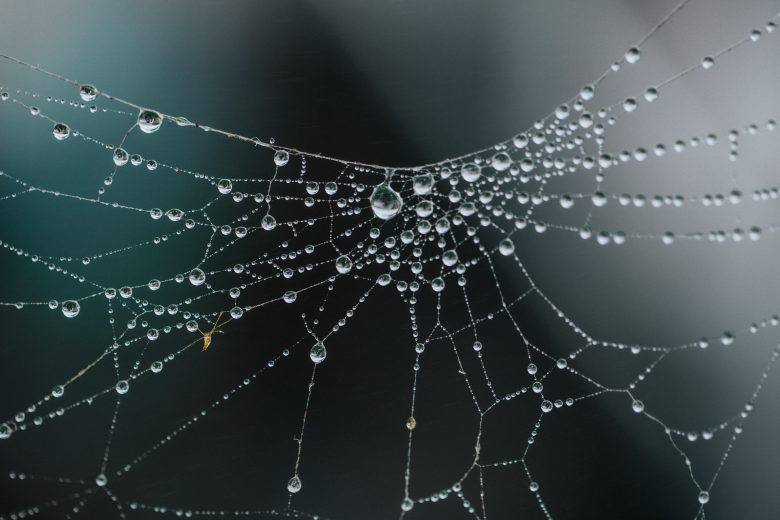 Everything You Know About Via Temperatures is Wrong!

Via Temperatures and Current: The common understanding in the electronics industry is that via temperatures, just like trace temperatures, are a function of the current through the via. In fact, the routine design guidelines for via size is to create them with the same conducting cross-sectional area as the traces they are connected to.1 This leads to very inefficient PCB designs, because subsequent designs use far more and larger vias than are necessary, taking up valuable PCB real estate. In a recent book2, Brooks and Adam have shown through thermal simulations and actual experimental test boards, that there is little or no relationship between the current through a via and the via’s temperature. Often all that is needed for a trace is a single via, no matter how large the current is.

To illustrate the point, they designed a simulation3,4, and then an experimental board, around a single 10 mil diameter via design, plated with 1.0 Oz. copper. They set up two different conditions. In the first, they designed a pair of 27 mil wide, 1.5-ounce traces (0.5 Oz foil plated with 1.0 Oz. copper), top and bottom of a 63 mil thick FR4 board, connected by this single via. The 27 mil width was selected because it has approximately the same conducting cross-sectional area as the 10 mil diameter via. They then applied 4.75 Amps to the circuit and measured the resulting temperatures. The trace temperature was 66.0 degrees C, about as expected5, and the via temperature was 64.5 degrees C, 1.5 degrees cooler than the trace!

Brooks and Adam ran a series of simulations holding (to the degree practical) via temperature constant while varying trace width and current. The relevant simulation parameters were as follows (conversions () are approximate):

In fact, it is fairly easy to demonstrate from the IPC curves themselves that there is not a direct relationship between current density and any trace temperature. The black lines in Figure 1 are derived from Figure A-26 on page 42 in IPC-2152. They are for 2.0 Oz, external conductors. The horizontal axis is trace cross-sectional area, the vertical axis is current, and the black curves are constant temperature curves. 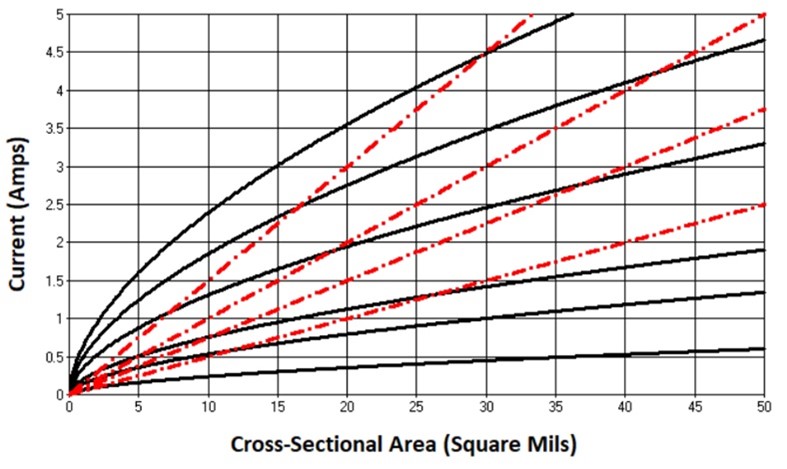 There is simply no relationship between any temperature variable and current density on circuit boards.